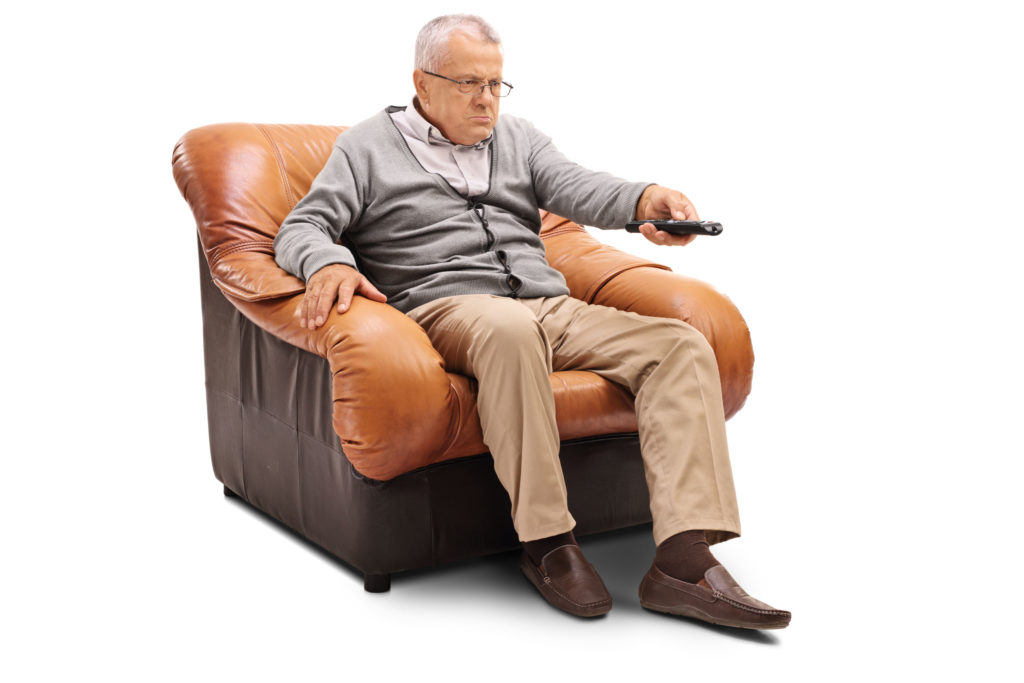 “Hi! How are you guys doing tonight? Staying cool? D’ya have a chance to watch the game today? Oh, just chillin’ with the family? That’s great. You’re looking good! By the way, I’m Todd. I’ll be serving you tonight. So hey, you look like you might be thirsty. How about some drinks to start off?”

You could walk into nearly any restaurant in America and hear this type of rap before you order. It’s a nice, congenial way for servers to loosen up their customers. But for people of a certain age (like me), it’s grating.

It’s too informal. We like a certain decorum when we meet people for the first time. And we remember when “servers” were expected to remain invisible—except when their presence was needed. You can still find that approach in fancy restaurants, but it’s largely a lost art.

Nowadays, that kind of informality shows up in a lot of communications—especially emails. I’m often addressed as “Bill” by people I’ve never met—which would have been a faux pas just a few years ago.

I’m used to it by now. I even do it myself. “Dear Mr. Davis” just sounds so … old-fashioned.

Too casual. Like kissing on the first date. (Well, not quite, but you get the point.)

As you’ve noticed, there’s a generation gap here. Communicators are often much younger than the people they’re trying to reach. So they don’t always realize how they’re being perceived.

In the nonprofit world, the most reliable donors tend to be part of the “silent generation”—folks who came of age in the conservative 1950s. But they’re gradually being supplanted by baby boomers—people born between 1946 and 1964.

Boomers inaugurated the casual style in American culture. (Think blue jeans, baseball caps, slang, rock and roll, etc.) It was all part of our rebellion against the stuffy environment we saw around us. But we still have memories of a more formal time. When I was growing up, we would always dress up to go out to eat. Or to get on an airplane. No one would dare show up at a wedding or funeral without formal attire. I never once saw my dad in blue jeans, much less a T-shirt.  We addressed adults respectfully, with formal titles. We used profanity among ourselves—but never around our elders.

So we can find today’s radical informality a little jarring.

Here’s another shocking truth—we all get more stodgy as we age! So don’t be surprised if your mature prospects are a tad grumpy.

One more thing you should know about us geezers: We’ve already heard every sales pitch known to man. Many of us have even been conned a few times by affable smooth-talkers. So we’re naturally wary—especially of people who are too friendly right away.

Whether you’re communicating digitally, through direct mail, or even by phone—here are five ways to smooth your path with the older set:

That doesn’t mean, “Hey, Bill. Jane here. I wanted to talk with you about your home’s equity.” (I received just this type of phone pitch several times lately. Needless to say, it didn’t work well.)

Excuse me? Jane who? What company are you with? That poor salesperson lost me before she had a chance.

The same rule applies to digital communications. If I visit your website, chances are I just want to find out who you are. Your full-screen images and dramatic headlines may be impressive. But don’t make me search all over to find your hidden “About us” page. Why are you hiding that?

A page dedicated to your leadership team is nice. But how about a physical address too? What are you, just a virtual company operating out of a basement?

These things matter—to us old-timers.

A little arms-length formality won’t hurt. Don’t insult a prospect by getting too casual right away. And never imply that she’s ignorant, out of touch, or behind the times—even if it’s true. Imagine you’re speaking with your grandmother (or someone else you deeply respect).

We didn’t grow up with Twitter, MTV or video games. Some of us even read books! That means we appreciate complete narratives that make sense. We’re as susceptible as anyone to the power of images and emotional appeals. But we’ll relate best to your pitch if it’s laid out in an orderly way that addresses our questions.

The sad truth is, many smart young communicators today are deficient in basic grammar. And we geezers tend to notice that. You’ll undermine your own credibility if your text is riddled with poor usage and misspellings (the ones spell-check doesn’t catch).

Thank goodness, most current web design leans toward big fonts, big images—big everything.  But your direct mail pieces could be losing their effectiveness if you’re cramming in too much copy. You’ll inevitably resort to smaller fonts. And some of your prospects won’t read your pieces—because they can’t!

All that work, thrown into the trash.

Instead, say less. But say it bigger.

Remember these things as you reach out to your mature prospects. And watch your response rates rise.